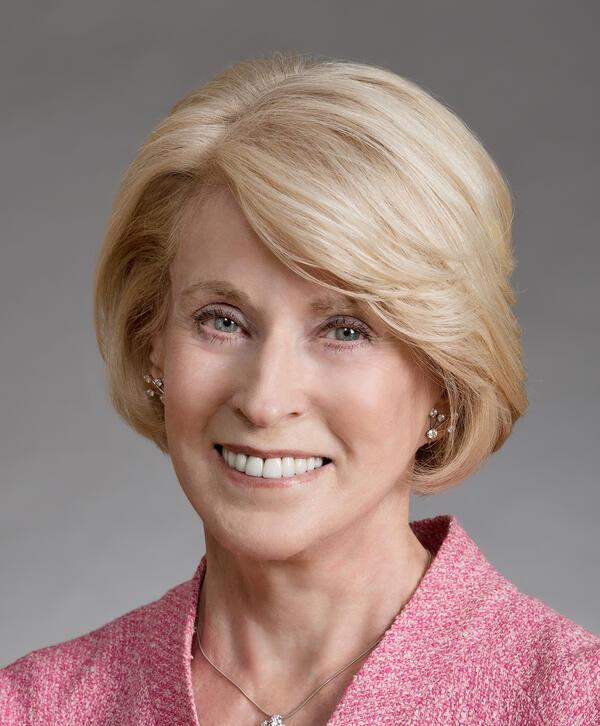 Rose Patten is Special Advisor to the CEO and Senior Executives at BMO Financial Group. In this role she advises on select strategies with a particular emphasis on strategy execution, leadership development and succession for top leaders. Dr. Patten’s career has spanned the four financial sectors - banking, trust, insurance and investment banking - with responsibilities for Canada, U.S., Europe and Asia. She was inducted into the Hall of Fame of the Canada’s Top 100 Most Powerful Women, in 2007, and was recognized by U.S. Banker Magazine as one of the 25 Most Powerful Women in Banking. Dr. Patten is also an experienced board member and has served on a number of corporate and philanthropic boards and from 2014 to 2017 she was Chair of the Board of Trustees of The Hospital for Sick Children. In 2017, Dr. Patten was appointed as an Officer of the Order of Canada in 2017.

Dr. Patten’s dedicated service to the University community is extensive and diverse. She is Adjunct Professor and Executive in Residence at the Rotman School of Management, teaching Senior Leadership, Talent and Succession, and Governance and The Rose Patten Mentoring Leadership Program has been named in her honour. Dr. Patten has established numerous scholarships throughout the University that are intended to enhance access to post-secondary education on a needs-basis. She served as a Lieutenant Governor in Council member of the Governing Council from 1998 to 2007, Vice-Chair from 2002 to 2004, and Chair from 2004 to 2007. Subsequently she chaired the Task Force on Governance.She received an Arbor Award in 2001 and an Honorary degree from the University of Toronto in 2009 in recognition of her service to the University. Throughout the Boundless Campaign she was a member of the Campaign Executive, and from 2012 to 2018 she served as Honorary Patron of the King’s College Circle Heritage Society. Dr. Patten was elected as Chancellor in 2018, and reelected in 2021 for another three year term.